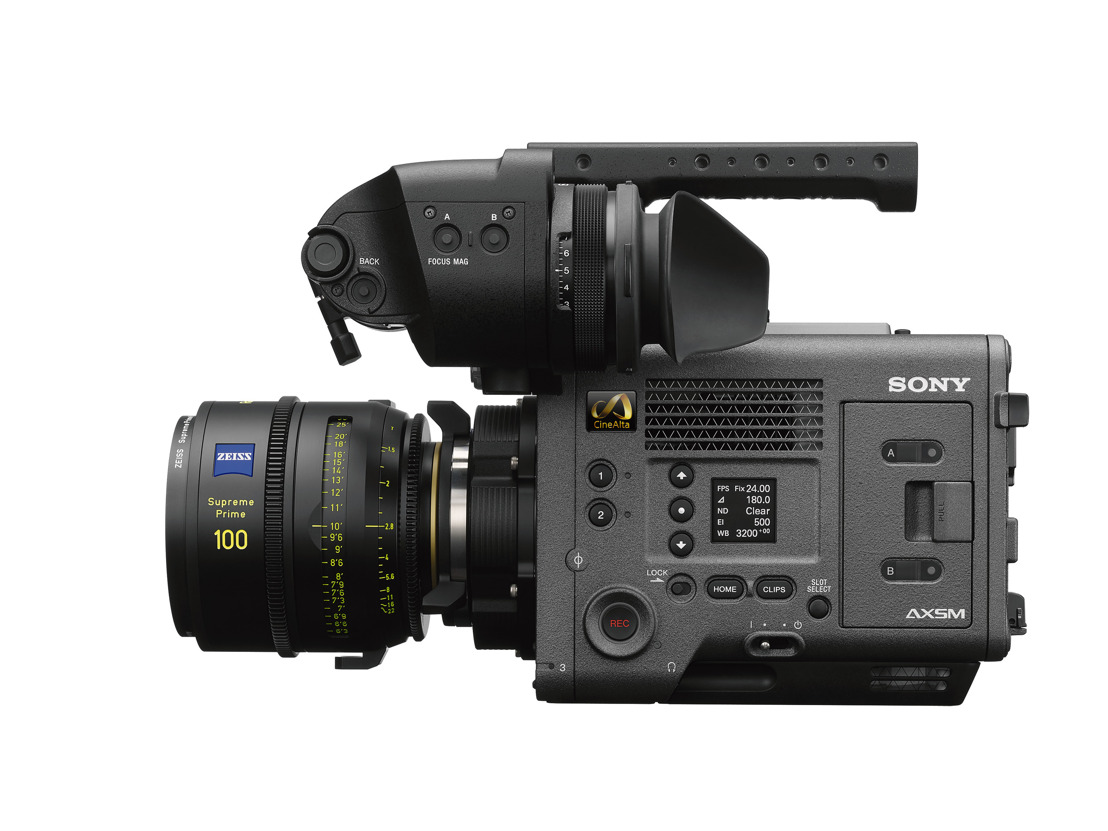 LOS ANGELES, CA – November 15,2021 – Today, Sony Electronics Inc. introduces the VENICE 2, the new flagship model and latest addition to its lineup of high-end digital cinema cameras. The VENICE 2 builds upon the strength of the original VENICE with new features including a compact design, internal recording and the option for two different sensors: the newly developed full-frame 8.6K sensor or the original 6K VENICE sensor.  The VENICE 2 also inherits popular features from the original VENICE including color science, Dual Base ISO and 8-stops of built-in ND filters.

Paired with a newly-developed 8.6 K (8640 x 5760) full-frame CMOS image sensor, the VENICE 2 offers excellent image quality with 16 stops of total latitude[i] to capture beautiful images with excellent color separation and shadow detail. The camera also inherits its color science from the original VENICE which is highly regarded for its natural skin tones.  The VENICE 2 8K CineAlta camera has a unique dual base ISO of 800/3200 which allows filmmakers to capture incredibly clean, film-like images under a wide range of lighting conditions. It supports everything from full-frame, full-frame anamorphic[ii] to Super35 all at a minimum of 4K resolution, resulting in an outstanding and versatile camera system for cinematographers and productions.

To illustrate the strength of the VENICE 2 and its new 8.6K sensor, Sony worked with the industry's top cinematographers to test the camera’s image quality on  a few separate film shoots without using any professional movie lighting.

Award-winning cinematographer Robert McLachlan ASC, CSC, who has worked on highly acclaimedproductions including Game of Thrones (for which he received two Emmy nominations), Westworld, and Lovecraft Country. McLachlan tested and filmed with the new 8.6K full-frame VENICE 2 in two countries and offered his reaction.

"I really wish we'd had a large format, 8.6K sensor like Sony VENICE 2 on my past work. It would have made it feel even more epic and, at the same time, more engaging, thanks to the increased resolution, richness, and dimensionality. The increased speed, cleaner highlights, and shadows together with the potential for super-shallow depth of field would have been a huge asset."

Academy Award winning cinematographer[iii] Claudio Miranda ASC, ACC used the original VENICE and tested the VENICE 2 against the original in the pitch darkness of the California desert. He offered this assessment:

"The 3200 ASA is incredible. I think how clean it is – is definitely a big deal," said Miranda. "In the film, there is still fidelity in the shadows, and the wide shots are pretty spectacular. There were no film lights on this shoot at all. There were just headlights of the car, the fire, and that was the point. It was to go to the middle of nowhere and put a big fire and see how far the new sensor could light up the mountain, without noise."

Rob Hardy, BSC, ASC, the British cinematographer known for his ground-breaking work on Mission Impossible: Fallout, Ex-Machina and DEVS and winner of the BAFTA for cinematography for Boy A, amongst others also commented:

“I'm used to using the original VENICE and I would say, I am a pretty much an advocate of that camera. The opportunity to use VENICE 2 is actually a really fantastic one. This is the first time I've ever used that larger sensor, the 8.6K and we were lucky enough to get some anamorphic lenses that really set for the full cinematic effect and really utilized the whole sensor. The ISOs have been bumped up so that enables me to shoot at a higher speed in the low light levels which is something that wasn’t really an option before, and that’s the big gain for me.”

With the 8.6K sensor providing ample oversampling, images shot on VENICE 2 will benefit from less noise and enriched information in a 2K or 4K production. It also means the camera is well suited for VR, in camera VFX and Virtual Production setups, delivering an immersive experience and realistic images especially in combination with Sony’s high-contrast and large-scale Crystal LED displays.

The Success of the Original VENICE

Since its launch in 2017, VENICE has been used to shoot more than 300 theatrical, broadcast, cable, and streaming releases, including the Emmy award-winning series "The Crown". Regular firmware and hardware updates to meet the latest creative needs have been key to the wide adoption of VENICE.

"We are so pleased to have seen the success of the original VENICE over the last four years. Based on our conversations with cinematographers and production companies around the world, we recognized an opportunity to improve by leveraging many of our latest imaging and sensor technologies. By doing so, we are taking the VENICE image quality to a new level. We also made the camera smaller and are offering internal recording to enable more creative freedom: whether that means using the camera on drones, Steadicams, aerial gimbals- or underwater housings," said Neal Manowitz, President and COO, Sony Electronics Inc.

The VENICE 2 maintains many of the features which made the original VENICE a success including Dual Base ISO, 8-stops of built-in ND filters, compatibility with a wide range of lenses, including all PL mount and Sony’s native E-mount which enables adapters for a multitude of lenses.

Thanks to direct feedback from the production community, the VENICE 2 was designed with a smaller and more lightweight body than the original VENICE while keeping its intuitive operability. Despite being 44 mm smaller and approximately 10% lighter[iv], the VENICE 2 chassis allows internal recording of X-OCN and Apple 4K ProRes 4444 and 422 HQ without the AXS-R7 recorder, offering advanced usability in a compact and lightweight body.

*Full information about imager mode can be found HERE.

For even more flexibility on-site, the VENICE 2 chassis adds the unique feature to interchange the image sensor block. The camera can be used with the 8.6K sensor as well as the original 6K sensor block. [v] The camera body automatically recognizes the change and will start-up without any firmware exchanges or re-installs, adding more flexibility on-site. The original 6K sensor will allow higher frame rates.

Additionally, the VENICE 2 user interface is the same as the original VENICE but incorporates improvements to make it easier and even more intuitive to use. The camera offers an evolved product design while being compatible with almost all original VENICE accessories.

Other updates to the VENICE 2, based on the feedback from current VENICE users to enhance usability, include:

Exclusive stories and exciting new content shot with the new VENICE 2 and Sony's other imaging products can be found at www.sonycine.com, a site created to educate and inspire all fans and customers of Sony’s Cinema Line.

A product video on the new VENICE 2 and VENICE 2’s demo reel can be viewed HERE.

To watch Rob McLachlan ASC, CSC’s short film, “Homecoming,” which uses the VENICE 2 8K, visit here and watch how “Homecoming” was made in this behind the scenes video.

[v] The 8.6K image sensor block of VENICE 2 cannot be attached to VENICE.

[vi] Thunderbolt and the Thunderbolt logo are trademarks of Intel Corporation or its subsidiaries in the U.S. and/or other countries.

Sony Electronics is a subsidiary of Sony Corporation of America and an affiliate of Sony Group Corporation (Japan), one of the most comprehensive entertainment companies in the world, with a portfolio that encompasses electronics, music, motion pictures, mobile, gaming, robotics and financial services. Headquartered in San Diego, California, Sony Electronics is a leader in electronics for the consumer and professional markets. Operations include research and development, engineering, sales, marketing, distribution and customer service. Sony Electronics creates products that innovate and inspire generations, such as the award-winning Alpha Interchangeable Lens Cameras and revolutionary high-resolution audio products. Sony is also a leading manufacturer of end-to-end solutions from 4K professional broadcast and A/V equipment to industry leading 4K and 8K Ultra HD TVs. Visit http://www.sony.com/news for more information.