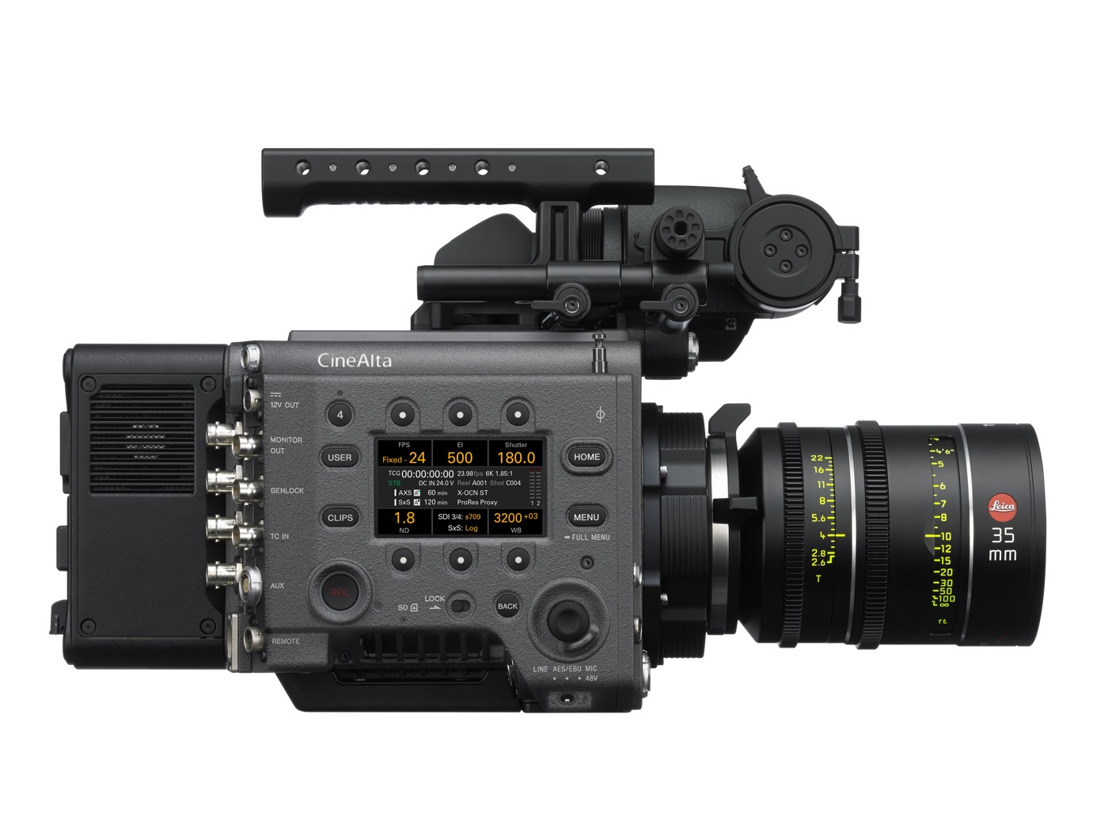 HOLLYWOOD, CA – May 30, 2019 – At the grand opening of Sony’s Digital Media Production Center (DMPC), the industry’s most complete capture- to-display facility, SonyElectronics is connecting users and creators to deliver the artists’ intent by driving hands-on experiences with the latest technology in Cinema. The DMPC in Hollywood is the flagship of several such facilities around the world, and is designed to be a resource for cinematographers, photographers, and anyone involved in image making. The venue* will host a press conference tonight revealing technology advancements with its VENICE full-frame digital motion picture camera. VENICE will receive additional High Frame Rate (HFR) capabilities and added workflow flexibility with a new Version 5.0 firmware update planned for January 2020.

“Through an ongoing dialogue with cinematographers, we have continued to evolve VENICE to meet the needs of top talent,” said Neal Manowitz, deputy president for Imaging Product and Solutions Americas at Sony Electronics. “To date, more than 100 features and episodic productions have been shot on VENICE. The new Version 5.0 firmware will allow the camera to be even more flexible, ultimately increasing its benefit and versatility to all cinematographers.”

To see VENICE in person, including the Version 4.0 HFR capabilities and the popular VENICE Extension System, visit Sony at booth #S101 in Stage 6 of Cine Gear Expo at Paramount Studios.

Additionally, Sony will present the following screenings and seminars during Cine Gear Expo:

• Free Screening of the Netflix feature Wine Country, which was Shot on VENICE Friday, May 31 | 7:00pm | Paramount Theater

• 6K Imaging with a Powerfully Small Camera Package Friday, May 31 | 4:30pm | Sherry Lansing Theater  DIT Arthur To (The Revenant, Live by Night, End of Watch) is no stranger to harsh production environments. When it came time to shoot a documentary about a humanitarian program in Iraq, he chose Sony’s VENICE camera to handle the demanding needs of a warzone situation. Hear how To paired an Alpha 7R III and Sony’s G-Master lenses with VENICE’s time-saving features to craft a nimble approach that maximized his creative freedom. Moderated by Debra Kaufman, frequent contributor to ETCentric.

• Get the Best Image Quality with the Fastest Turnaround Saturday, June 1 | 10:15am | Screening Room #5  Cinematographer

Alister Chapman will give a practical, live demo of just how easy it is to work with the amazing data available in the 16 bit X-OCN files of Sony’s VENICE camera. Chapman will then examine the many other ways VENICE provides efficient solutions for creating great images, including the internal ND filter system, using different LUTs for monitoring and exposure checking in addition to adding your creative look to the camera’s output, and the ease of swapping lens mounts or detaching the imaging block to utilize the VENICE Extension System.

In documentary filming, where you need to capture every single moment with the maximum excitement, there are often situations when a single camera cannot cover the best shot. Using examples from a production chasing thrill -seeking paragliders, award- winning cinematographer Robert William Scribner will share the ease of matching several different cameras in post-production using an S-Log workflow. See how a variety of Sony cameras — including FS7 II, FS5 II, Alpha 7R III and RX0 II — were utilized in this high-altitude adventure shoot.

The DMPC features a professional production stage for cinema camera and lens testing, along with a workflow suite for ingest and grading, and a viewing room with both 4K projection and Sony’s Crystal LED (CLED) display. At more than 23 feet wide, the CLED display has an aspect ratio of 2:66:1, ideal for 6K anamorphic VENICE content. New to the relaunched DMPC is a photo studio for hands-on classes with Sony’s Alpha cameras and E-Mount lenses, and a Sony Pro Support service center.

Sony Electronics is a subsidiary of Sony Corporation of America and an affiliate of Sony Corporation (Japan), one of the most comprehensive entertainment companies in the world, with a portfolio that encompasses electronics, music, motion pictures, mobile, gaming, robotics and financial services. Headquartered in San Diego, California, Sony Electronics is a leader in electronics for the consumer and professional markets. Operations include research and development, engineering, sales, marketing, distribution and customer service. Sony Electronics creates products that innovate and inspire generations, such as the award -winning Alpha Interchangeable Lens Cameras and revolutionary high-resolution audio products. Sony is also a leading manufacturer of end-to-end solutions from 4K professional broadcast and A/V equipment to industry leading 4K and 8K Ultra HD TVs. Visit http://www.sony.com/news for more information.